← more from
Neue Meister
Get fresh music recommendations delivered to your inbox every Friday.

by Sebastian Mullaert with musicians of the Tonhalle Orchester Zürich 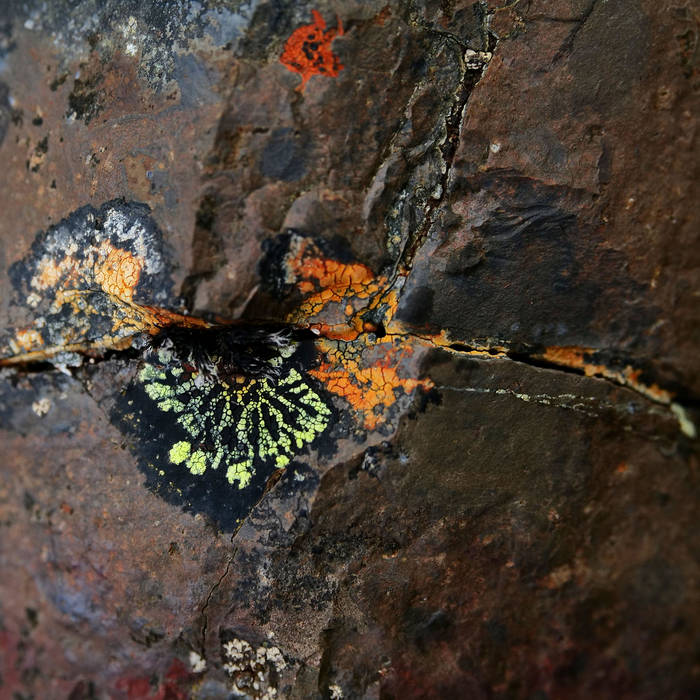 sumbuk Mainly, though not solely, acoustic; we are presented here with a set of somewhat ambient chamber pieces. I find this release quite relaxing and very enjoyable.

Lost Tribe Sound One of the biggest highlights of 2020! It can sometimes lead to magical results when producers step outside their comfort zone and into other genres of music, in this case Sebastian Mullaert injecting his electronic/dance sensibilities into the realm of classical. Of course this has been done before, but 'Natthall' has been handled with incredible care, and restraint. Recalls the first time I heard Murcof's 'Martes' album. Thanks to A Closer Listen for tipping me off to this masterpiece.

juSt b_music A brilliant beautiful body of work. Sebastian really can do no wrong. Favorite track: No Words for a Beautiful World.

The majesty of the natural world has always been integral to Sebastian Mullaert’s music. His approach to art, as well as to life, is centered around meditating on nature’s primordial cycles and forces, things he has been fortunate to experience in abundance in his adopted village of Röstånga, in the south of Sweden. Situated on the edge of the Söderåsen National Park, it’s an area of outstanding beauty; primeval forests, deep ravines, and huge boulders left over from the last ice age give the area an enchanted, otherworld air.

One particular spot provided the inspiration for Mullaert’s latest project and forthcoming album. Sitting atop a 50m ridge, Natthall is a small, rocky bluff with majestic views east over the Rönne river, fields, and acres of trees. It’s a place he returns to often, to meditate, to think, or just to stare serenely out over the changing landscape. It’s that spontaneous transformation in the natural world that forms the emotional core of Natthall, a project that’s so much more than a mere album or series of concerts. These songs – this music – is alive, constantly morphing and evolving in a way that’s reflective of nature. Reflective of ourselves even. Things change, things grow, things die. “That is our essence,” he says. “We are fruits of patterns. It’s beautiful to make music that reflects these things; I think that’s very healthy.”

A classically trained violinist, Mullaert broke through the house and techno scene in the mid-nineties, winning international acclaim with his work as a producer and live performer. As a part of the Swedish alternative music scene, his career highlights include a Swedish Grammy - P3 Guild Awards (for his work under the Minilogue duo) in 2007 and a nomination for the same award in 2017 as a solo artist. His reputation as one of the most forward-thinking and inventive electronic artists of the 21st century was cemented when in 2018, he launched Circle of Live. This groundbreaking improvised live concept brings together some of the most extraordinary electronic live artists in free-flowing collaborative jam sessions throughout some of the most prestigious venues and festivals around the world.

Back in 2017, with a desire to combine the two musical worlds that had given him so much, Mullaert scored and performed a collaborative concert with musicians of the Tonhalle Orchestra Zürich, one of Europe’s best symphony orchestras. An immersive audiovisual performance, it took place at the spectacular Tonhalle concert hall in Zurich as part of their tonhalleLATE series. Naturally, the event was a triumph, but Mullaert wanted to do more with the repertoire, and further push the boundaries of what might be possible on stage. “Live instruments have a very powerful organic force,” he says. “I have a way of working in the studio, how I loop and record things, with all these effects, and soundscapes. And I wanted to know: ‘Can I move this whole process onto the stage? To have the musicians playing something and actually capture them, and do that post-production at the same time as they’re playing?’”

The original music – the songs that he scored and recorded for the first performance and that will feature on the album – will be, he says, “a starting point” for Natthall, the framework for a wider range of material and moods. Using special prototype technology, Mullaert will take the role of a figurative digital conductor, integrating improvisation at the core of a performance with a chamber ensemble of five additional musicians.

The musicians, dubbed the Subchamber Ensemble, had no input in the project’s first chapter, a factor that Mullaert hopes will bring new perspectives and flexibility to the work going forward. The soloists will receive dynamically rendered scores from his computer via iPad screens, as Mullaert improvises around the main themes of the compositions. He will, in turn, re-loop and creatively process the audio signal from each musician through his specially designed live rig, creating a seamless blend of electronic and acoustic sound textures.

Patterns, and the idea of subtle repetition, deeply inform Natthall. “Nature is an expression of patterns; trees, water, the weather,” he explains. “This mix of everything, bubbling away, feels very vital. Improvised music has the same power. It has all these different phases, and beautiful moments just spring out. For me, that’s a beautiful presentation of our life and has the power to actually invite someone to relax into listening or dancing. Or just being in the moment.” Mullaert’s ultimate goal is to carve out space precisely for that, transcendent moments that go beyond mere music where his audience can turn inward and truly connect with themselves. “The magical thing is not the music and not the artist. It’s when people become very conscious or present when that experience is taking place in your consciousness. That’s the magic; it’s as much you as it is something outside of you. It’s that connection when it clicks together.”

Losing oneself in the music that forms the physical release of Natthall certainly isn’t hard. Sinking into its warm embrace, all lush synth washes, and widescreen soundscapes, one is struck by how organic it all sounds. There’s the gentle, elegiac ‘As The River Pass,’ the downcast strings of ‘Living Invitation,’ and the joyful ‘Ascending Of A Spotless Bird’, a song that sounds like a blissful spring sunrise. ‘No Words For A Beautiful World’ comes closest to touching upon his techno work, with synth stabs approximating a beat. Yet, it’s Natthall’s quietest moments that are the most affecting – both ‘Undressing The Sky’ and album closer ‘Rest Of The Heron’ is poignant, mournful passages, the latter gently fading to nothing, like day into night.

“The creative process is a fleeting thing,” he says. “You can’t decide what you are going to do.” Working against preconceived notions of what modern classical music can achieve, the music and project he has created is deep, unique, and full of raw beauty. He’s taken the intense, spiritual energy of Natthall and channeled it into art that brings us closer to nature, and ultimately, closer to ourselves. “When compositions feel right, it’s a wonderous thing,” he says. “Not all artists are blessed with that.” Natthall feels like communion, and one we should all partake in.

Bandcamp Daily  your guide to the world of Bandcamp